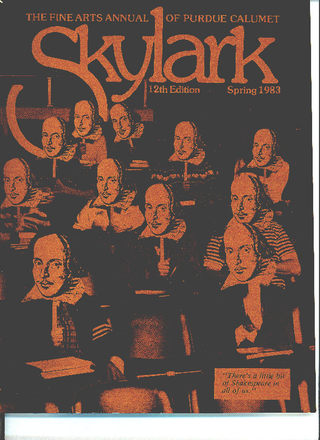 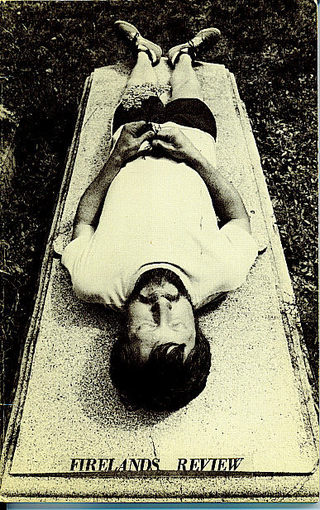 "The Dreamer"
by Bernadette Miller
In this short story, a man with family
responsibilities yearns to live in
an idyllic world.
Published: Firelands Review
(Bowling Green State University)
September 1980

Grandma is dead. She's waiting at a Jewish funeral chapel in Allentown, Pennsylvania. Near the brass knocker door: wealthy Aunt Mildred, a haughty figure in the bright September sunshine. Her veiled hat barely nods at my orange-haired mother and my stepfather, Seymour, dapper with mustache. Its dark-eyed contempt is aimed at me.
"So, the busy actress hitches a ride from New York. I'm surprised you'd bother."
Cold. Sarcastic. I don't reply. Wealthy Aunt Mildred has shrunk into a black blur against the neatly-clipped shrubbery.
Inside, a sickening silence of thick carpets and stark whiteness. But I am amazingly calm as I view the closed coffin. Eighty...emaciated with cancer; it was time. Still, oddly disbelieving, I stare at the gleaming coffin. Well, Grandma, it's me, Jenny. Do I hate you? Or love you? Suppressed pain; indescribable confusion. That's why I haven't been home much. Now I stand here awkwardly in black sheath dress, wondering what I still want from you.
If you were alive, I'd remind you that I'm thirty, Maryland twang vanquished at last! Prettier, too. Slender now with long black hair that emphasizes my oriental cheekbones and heavy-lidded eyes. You see, acting has taught me to accept myself. Even the acned pockmarks. Ah, nostalgic Jewish memories of chicken soup with dumplings, a fragrant noodle pudding warming in the oven. Starch soaked in grease. You with your broad back and overstuffed belly, what did you know about vegetables, vitamins, nutrition...
Someone has opened the coffin lid. Against white satin, coarse features remodeled with clay; pink-tinted skin like wax fruit. But it's her: the same sagging bosom under floral dress, the same cameo brooch modestly latching the V'd neckline. Meticulously pickled, she waits, her shrivelled arms draped over stomach in artfully-contrived repose.  Numbly I stare and stare. So this was the woman who reared me. This superstitious, vulgar peasant from Poland who left the bathroom door ajar, uncaring who viewed her nakedness. This illiterate, applying mashed potatoes to a sore finger. Yet, the cliche of Jewish motherhood, bragging about her children's achievements: sophisticated Mildred with her fancy restaurant, brilliant Howard with his Ph.D; my clever mother, snaring a good provider despite a child and former tuberculosis. They rarely wrote; they rarely visited. But they made money--fulfilling your dreams of success--and that sufficed. Damn you! Damn your ignorance, your twisted values. The children, always the children...
Envy. Intolerance. Guilt. Nauseated, I brace my arms against the coffin. Grandma slumbers unconcerned and I huddle inside myself, frightened.

A wiry man in oversized suit peers up at me through watery eyes. My grandfather at my elbow whispers, "She was very strong. She wanted you to be strong, too. Come..." Gently, he steers me into another room. Among the stiff-backed chairs sit solemn relatives, the strained atmosphere filled with rustling clothes and delicate coughs.
Grandpa and I choose the second row. Facing us is Mr. Katz, the funeral director. A fat, cheerful man, he seems incongruous with his joviality. I smile and my nausea subsides. His gaze settles soberingly above our heads. Like a Rabbi conducting a synagogue service, Mr. Katz will chant a litany of virtues, the mourners nodding their approval. Grandma, too, would have nodded approvingly. He clears his throat and the eulogy begins.
"Sarah was a fine woman blessed with many friends."
Amen, nod the heads.
A hard-working woman conscious of her obligations..."
Amen, nod the heads.
Decorous. Sterile. Sketching in stock phrases a personality he barely imagines. Her essence remains safely hidden beneath the painted face.
I reject the droning voice and shiny coffin. My plump grandmother with gray plaits and pinched lips sits in a rocker in Lawsonia, Maryland.
"Jenny, da'ling, if you have to ask if I love you, there's no use for me to answer."